The 2-week restraining order have certainly opened the floodgates, allowing gamers to swarm their favourite gaming platforms and even knock them offline completely for a while.

While some flock to staples such as Dota 2, League of Legends, and Overwatch, treating the movement restriction order (MRO) as a 2-week rank grinding holiday, some of us are looking for something less competitive that actually nurtures good relationships between buddies, instead of adrenaline-fueled screaming matches where everyone decides to pick carry again. 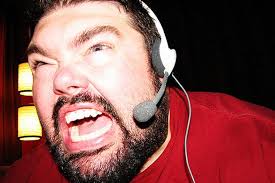 Without further ado, here are some of our top picks to chill out with friends over a Discord session:

Honestly, what's more relaxing than a farming game? For those who are dying to get their hands on a physical copy of Animal Crossing but can't due to the movement restriction order, this may help scratch the itch a little until the order is lifted.

The game itself isn't very deep, but it does have a stunning amount of beautifully rendered plants and animals for you to cultivate, as well as huge plots of land for you to customise and make your own.

All of this is set to a calming soundtrack that would soothe even the most frazzled, work-weary nerves. Best of all, each farm supports up to 16 players, so there's space for your whole gang to plant trees and go fishing together!

You can even pay a visit to strangers' farms via a server browser, if you're so inclined, and there are tons of limited time events where you can farm special cosmetics and items to add to your farm.

Do you enjoy cute RPGs and a seemingly endless supply of animal-related puns? Then this game might be purr-fect for you.

Cat Quest II is an open world action RPG designed by Singaporean team The Gentlebros. The mechanics is simple yet satisfying - you dodge enemies while attacking them with a flurry of melee or ranged attacks (depending on your weapons), and unlock active skills as you progress along the story.

The quests are extremely charming, and helps stave off the feeling of repetition with quirky takes on familiar characters (Meowruto, anyone?) and endearingly pun-loaded dialogue.

However, this game can only be played up to 2 players, so it might make for a fun date night with your significant other, instead of your usual large-scale gatherings.

If you really care about storylines, you can play Cat Quest I first, but it only supports single-player mode.

Unless you have an irrational fear of open water and sharks, Raft is a fun multi-player game that throws you on a 2x2 raft in the middle of the ocean, with nothing but a hook to grapple floating trash with.

From there, you can slowly upgrade your raft with features such as a radar, sail, and anchor to help you navigate to undiscovered islands, where you'll be able to harvest more material to aid you on your adventure.

There is a storyline set in a post-apocalyptic world, but since the game is still in early access, this hasn't been completed yet. However, it's still fun to muck around and feed your friends to the sharks by destroying the tiles beneath their feet, and even craft a bow and arrow to hunt giant birds who have a penchant for dropping rocks on your head.

This classic that tests the strength of your friendships never gets old. Although it is arguably less chill, it is still one of the best co-op games to cultivate teamwork and communication with.

In case you're not familiar with the game, you can team up with up to 3 other friends to cook and prepare food orders within a fixed time limit. The recipes get increasingly complex as you progress, as does the playing field. Expect migrating prep stations and one-way conveyor belts that will truly test your ability to coordinate and multitask.

Your ability to fulfill food orders is ranked from 1 to 3 stars, which gives you a benchmark to work towards - and let me tell you, y'all won't be sleeping anytime soon if your team doesn't manage to hit 3 stars on that one particular stage.

Remember the good ole days where you'd play L4D2 at a cyber cafe, screaming 'JOCKEY JOCKEY JOCKEY HELPPPPP', only to be set on fire by your idiotic friend who thinks throwing a molotov on the zombie that's riding your back will save you?

Yeap, it's time to indulge nostalgia by jumping back into this simple yet satisfying zombie slaying classic. You can play with up to 3 other friends in campaign mode, or fill the party up to 8 people in versus mode.

There are 4 tiers of difficulty and a vast array of achievements to aim for. You can try out the classic 'Guardin' Gnome' achievement - where one of you will have to forsake your gun to carry a garden gnome through the entire campaign - or 'Confederacy of Crunches', where the entire team has to complete the campaign using only melee weapons.

Either way, expect lots of screaming and cries of 'WHERE?!' and 'HELP MEEE!' throughout your playthrough.

Some of these games support couch co-up, but unless you're planning to play it with the people already living in the same house, I highly suggest to stick to online multiplayer for this period.

Halo: The Master Chief Collection to Get 120 FPS on Xbox Series X and Series S