Looking for 165Hz Gaming Monitors on a Budget? Armaggeddon's Gotchu with the Pixxel+ XTREME Series

In the market for a new monitor? One of these babies from Armaggeddon might just be your thing.

Armaggeddon has kindly sent us 2 Pixxel+ Xtreme series curved gaming monitors for us to review; the first is the XC27HD, and the second is the XC32HD - basically the 27" and 32" variants from the same series.

Following their trend of offering affordably priced peripherals, these two 165Hz babies are no exception, priced at RM839 and RM999 respectively.

Since they are quite similar with only minor differences, I'll be reviewing them together. With that said, let's get to it!

Unboxing was a relatively simple affair - in the box you will get the power cable, a HDMI cable, a DisplayPort cable, a pack of screws and the user manual. Naturally, the screen and stand come in separate pieces - but do note that the stand for the 32" model comes in a separate box altogether as it's pretty bulky.

Sorry ah, the screws already attached to the monitor

Design-wise, it is simple and elegant, with a matte screen and a solid steel stand that complemented the bezel-less infinity frame that both models sport.

However, one thing that was no bueno to me was the quality of the plastic, which looked and felt quite cheaply made - but at this price point, I really can't complain.

The hefty base and stand double as pretty solid murder weapons

Unlike its smaller counterpart, the XC32HD has a glossy screen and clunkier stand, which felt rather flimsy and was less aesthetically pleasing. However, it surpasses the XC27HD in terms of functionality, as it allows you to adjust the height, swivel the screen side to side, as well as flip it 90 degrees to a vertical orientation - more on this later.

Similar to the XC27HD. build quality wasn't exactly the best - the rubber seal between the bezel and the screen strangely only ran along the top bezel, and was absent on the sides altogether. I'm unsure if this was an intentional design choice, or simply a defect.

I swear it's just stuff

One thing I liked though, was that each monitor came with a diverse array of ports which will please everyone except VGA users - and if you're still stuck in the VGA era, perhaps upgrading your monitor shouldn't be your first priority.

Clearly labeled so even tech virgins can find the right hole

On paper, both models come with a pretty decent pedigree - full HD 165Hz AHVA panels with a comfy R1800 screen curvature, and they support both AMD Free Sync and NVIDIA G-Sync (no racist here ok). The XC27HD boasts 2ms response time, while the XC32HD one-ups it with a 1ms response time.

As expected from a gaming brand, these monitors run buttery smooth while gaming, and is especially noticeable while playing FPS games. Do note however, that they can only churn out that sweet, sweet 165Hz refresh rate while hooked up via DisplayPort.

Display-wise, the visuals are very vibrant and pleasing to the eye. If you're picky about crisp visuals, the full HD resolution still looks great on the XC27HD, but felt slightly lacking on the XC32HD, where the significantly larger screen size made the pixels look painstakingly obvious. That said, if you're just a gamer looking for excellent performance and decent visuals, both models will suit you well in that department. as they are wonderfully smooth and responsive.

However, if you're in the creative profession and are looking for superior colour accuracy and a wider colour gamut, you might want to skip this and choose a monitor targeted towards that market instead.

One perk that I particularly enjoyed about these monitors is that they have stereo speakers built-in. I know you probably already have dedicated speakers, but it is definitely a plus for console gamers who want to have an audio solution for the times you don't feel like donning a headset and ruining a great hair day.

Both of them also feature +15/-5 screen tilt capabilities, but as mentioned earlier, the XC32HD goes above and beyond by allowing vertical height adjustment, side-to-side swiveling, as well as vertical orientation.

Sounds like a great feature right? I know I love a good vertical monitor setup - if it's well-executed, that is. Sadly, the XC32HD missed the mark with its questionable implementation.

Sounds simple, but there's a literal snag; the monitor doesn't quite lift high enough to clear the table OR its own leg while rotating, so you'll have to lift the monitor OFF the table (and it's pretty heavy for a sissy like me) just to complete its 90-degree rotation without bonking the screen. 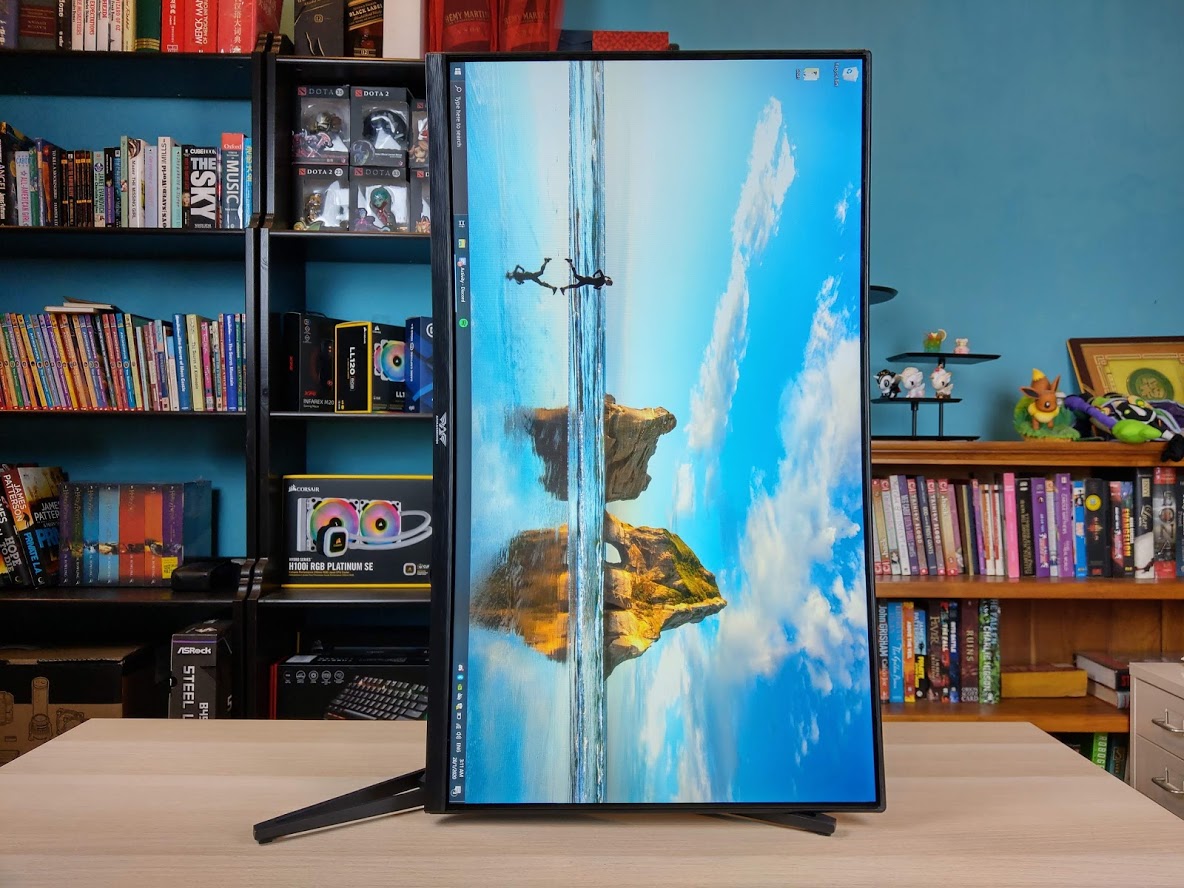 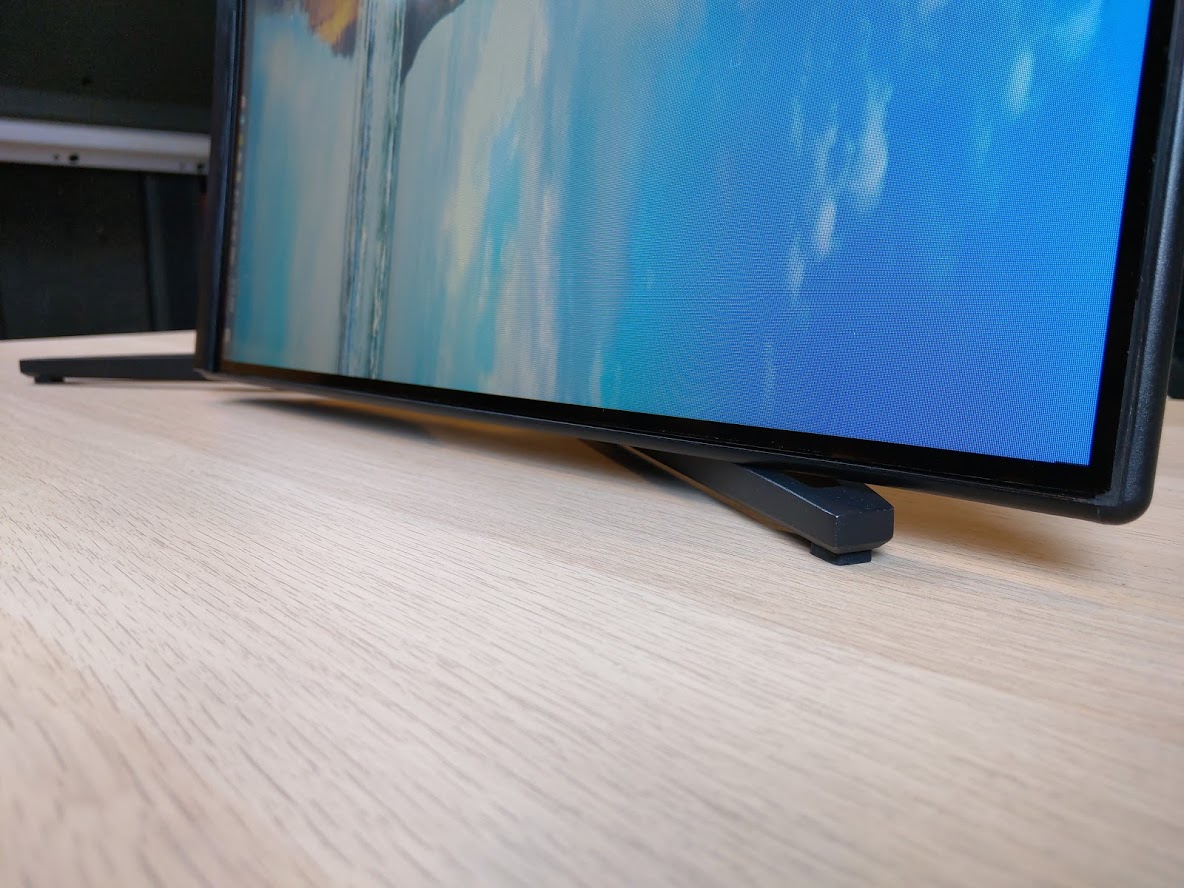 I mean, if you're not going to rotate your monitor often, this is really just a minor issue, but personally I like having everything work seamlessly without additional hassle.

Second, side-to-side swiveling. Another wonderful feature to have - simply swing it around to show your colleague something funny, or swing it away so your friend on the opposing team can't kap kei (screen-peek) during your Dota match.

Unfortunately, this merits of this concept was once again undone by its poor implementation. Swiveling itself was smooth and effortless - just a gentle nudge allowed me to push the screen all the way to its maximum rotation of 90 degrees.

...except then it almost tipped and fell off the table as there wasn't enough counterweight to keep it balanced. The stand WAS sturdy and heavy enough to support it in normal forward-facing mode, but was simply not enough to keep the monitor rooted when turned to the side.

I'll emphasize - these two issues are not deal-breakers if you plan to set up your monitor in a normal manner: landscape orientation, facing forward. However, I still felt it was worth mentioning, just in case you ARE one of those people who like to move your monitor setup around.

One last feature that is worth a mention is the sniper button situated on the back of the monitor, next to the power button. Depressing this button places a huge cross-hair in the middle of the screen to help you aim in FPS games - and it works regardless whether you're in a game or not. 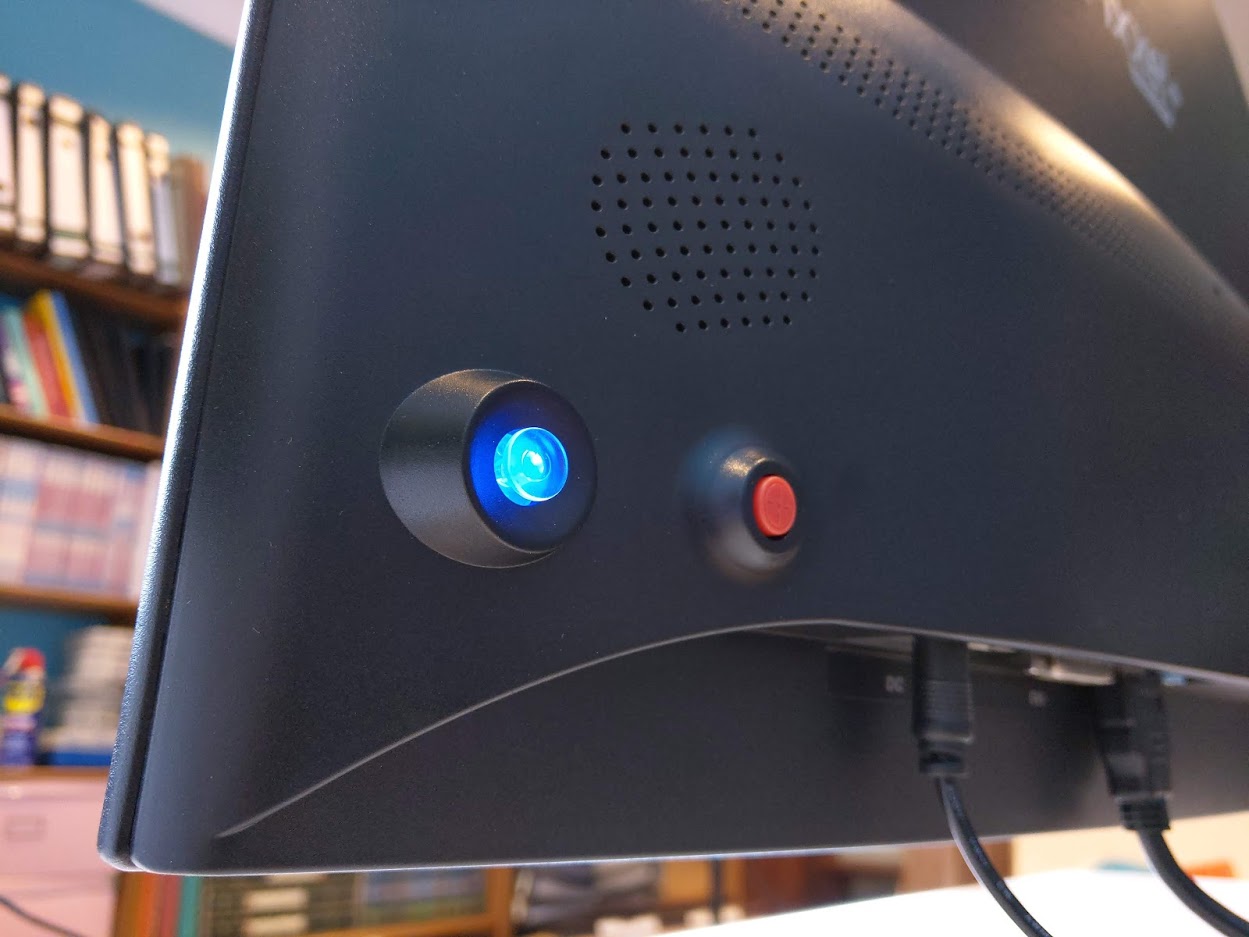 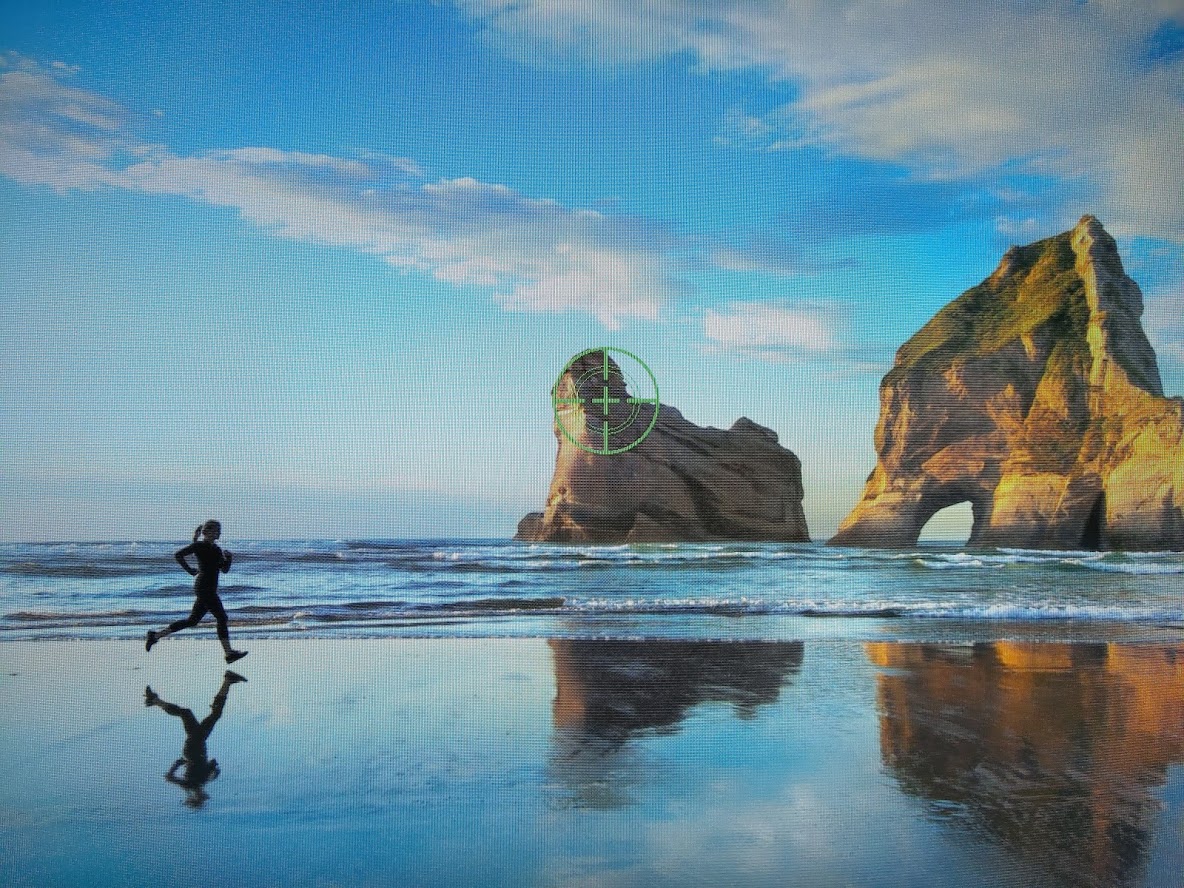 I had a chuckle with this feature as it seemed like a modern-day solution for people who used to stick sellotape with a marker dot in the center of their screen to 'help' them snipe back in the day (doesn't work you noobs - hipfire isn't accurate anyway).

If you're looking for high refresh rate gaming screens on a tight budget, you'd be hard-pressed to find good competition in this particular price range. However, if you have a little wiggle room in your bank account and are picky about build quality and a perfect user experience, you might wanna give this one a miss.